Hello, everyone. I hope you’re all surviving all this world’s madness.

So I am rewriting chapters of my “fantasy novel,” once again. It needs a lot of editing. My goal is to work on a chapter a day, write 2,000 words for it, and edit it. That’s about 60,000 words in a month. At any rate, my character named, Earth, has a close friend, and they have a bit of conflict with their friendship. That made me think a lot about friendship and its purpose. When is it okay to keep a relationship and when to let go?

All along I thought that the definition of friendship was universal. But we all have our definition of what real friendships are, and that may be a bit of a problem. I’m the type of friend that makes time regardless of what I am be doing. If I’m reading a book, watching a good movie, out with my family, sleeping in the middle of the night, writing an important research paper, or if I am in class, I run to answer the phone to a friend—because I like to be present. 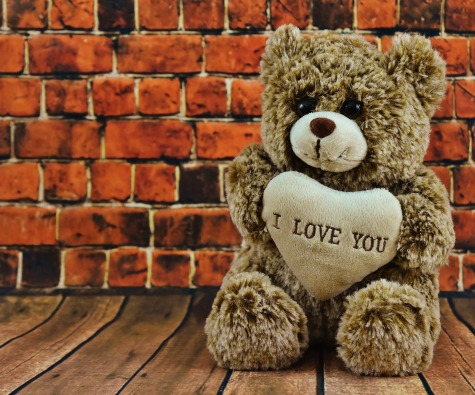 Friends come and go, and there are very few times in life where we have a real bond with a person. Unfortunately, most relationships change, and friends are instantly ready to let go of a friendship more often than a significant other. It doesn’t matter how much of an asshole (or bitch if it’s a woman) a guy has been for years; they will cling onto that like a tick.

As an introvert, it does take me time to accept someone in my life, but eventually, I do. I can make friends quickly. But at my age, I don’t have that high school mindset where I aspire to have tons of friends to feel popular—it just doesn’t work like that after your mid-twenties—and yet I won’t shy away from meeting new people since I’m not 100% of an introvert.

Friendships remind me of that movie Mean Girls. The character Casey, a new student, quickly builds a bond with Janis and Damien. They start this whole “partners in crime” to try to take out Regina and the other mean girls. However, at some point, Casey starts getting more involved with the mean girls or “the plastics,” and her friends begin to get frustrated. At some point, Casey plans her own agenda without them, and Janis and Damian demand an explanation from her. Now Casey doesn’t think she’s doing anything wrong. But it’s her friends who feel the change and rejection.

Naturally, Casey gets defensive and tells Janis “It’s like you’re in love with me—” a backstabbing move from Casey—because she knows the mean girls bullied Janis by expressing a similar idea. When your friend makes you feel like you’re obsessed with them because you are upset about their distance and change, it is not a good sign. Fortunately, the movie has a happy ending because Casey and everyone feel happy go lucky.

Further, have you heard that expression, “A strong friendship doesn’t need daily conversation or being together as long as the relationship lives in the heart, true friends never part?” You know what else lives in the heart? This might sound a bit exaggerating, but that’s the common phrase we think about when someone parts from this world, “She or he lives in your heart now.” Also, “true friends never part” is such a contradiction because how does that explain the absence of a friend? It doesn’t seem to make much sense.

Yes, people are busy. Yes, you don’t need constant communication with your friend on a daily basis. But if you give a friend space and more space, and they keep amplifying that space more and more each time, and they feel perfectly comfortable without you, then that’s telling you something.

If your friend lives in a different state or country, it’s understandable. But if you’re in the same city or around the corner from each other and can’t make time to catch a coffee at least once a week, then that’s not a good thing. We all make time for what we desire.

When a friendship ends, it doesn’t mean that either party is a bad person. Personally, I am not a petty, and I will never forget about the kind actions and memories. But if a friend is comfortable with me out of the picture, then I think the mature thing to do is let them move on. If they found a new relationship or something else that satisfies their life, then good for them.

I also don’t believe that it’s fair to feel spiteful or angry toward them—that and it’s not positive sign to foster anger in your heart. So it’s best to respect the friendship and be honest to see where it stands. It will either break or become stronger.

I believe it works in a similar fashion for couples. If it’s no longer the same and they make you feel second or as the last part of their list, walk away. It’ll hurt in the short-term, but in the long-run, you’ll be thankful to yourself.

Do you agree? Feel free to disagree. Cheers!