In fourth grade, another little boy, we were probably almost the same height, he was still bigger. He teased and bullied me. One day, he decided to hit me while we sat next to each other. Why the teacher who was a few feet away didn’t care or notice, I have no clue. I retaliated with several punches. Everyone mocked him in class because he lost. During lunch time, he decided he was going to seek revenge. The kids quickly made a circle and encouraged the fight. I felt scared. He said, “What are you gonna do now huh!” He stood in his “manly position” with his fists clenched. I put my backpack down, didn’t wait for any talk, dashed toward him and kneed him in the gut several times until he weakened to his knees. I ran to the bathroom and cried. After that, he left me alone for good.

My point is that no one ever told me, “hey, you’re a girl and weak.” And this coming from Hispanic parents who are from a 3rd world country wherein most of Latin America misogyny reigns. My dad, uncle, and even professional male Hispanic commentators actually appreciate women’s soccer. No, they don’t watch it to see some ass. They genuinely like women’s sports. Why? Because when you love a sport, it’s not about gender. Now, as I mentioned, I believe men should play sports with men, and women with women. However, women bring their own art and abilities to the game. It doesn’t make them any less or worst athletes. 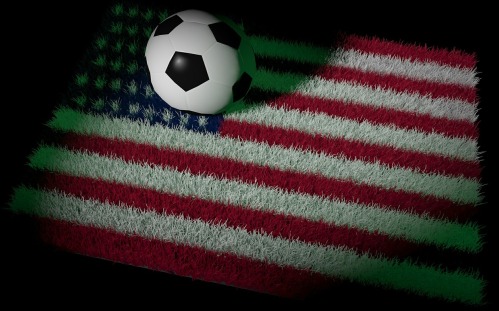 I kept bringing this point up and no one answered it: (in a fictitious scenario of course) Should Floyd Mayweather fight Mike Tyson? Most will answer, “well no, duh. They’re different categories in boxing.” And if Mayweather were to lose to Tyson, would that make him any lesser of an athlete? The answer is no because they’re both great in their own given category. It doesn’t make Mayweather a terrible athlete. Oh, but the men insisted, “no, no you put your best female against the best male and you’ll see how she gets her ass kicked.” But here’s another point, if Mayweather launches a good punch, he could knock out Tyson. The same could be said of women. If she gets a good punch, where it’s impossible to not get unconscious, the guy will go down too.

I have a friend; whose husband, sister, father, and her friend of over decade witnessed her fights against males—even in sparring. She’s a pretty small woman—about a 5’4 (she claims). She might be smaller. She knocked out bigger men than her: one guy, she made him choke in his own blood. Another guy, a Marine, who mocked her for being a woman martial artist, she put him on a lock, and he tapped out. I asked her, “Why do you think other women can’t beat up a guy.” She answered, “it’s all in the mind. Most women have a weak mind even during training.” Now, she admits that if she’s not careful, easily, a guy will knock her out unconscious. But it’s not impossible for women to punch a guy out. She was able to kick a few asses

My point is, that women have been told “no, you can’t” for centuries. The scientific facts do prove that men can be faster and stronger. However, that doesn’t mean a girl/woman can’t kick their butts if they’re not careful. Men do best women in many things when it comes to sports. But that doesn’t mean women are lousy athletes. A guy left me a message, “Name any woman who can dunk on Lebron. I’ll wait.” First, women don’t play against men. So that’s not going to happen. Second, I asked him, “name me one man under 5’10 who dunk on Lebron.” I never got a reply. Some comparisons are absolutely absurd. So using absurd examples kind of illustrates how ridiculous it is to say that women suck as sports simply because you don’t like female athletes or due to biological differences. 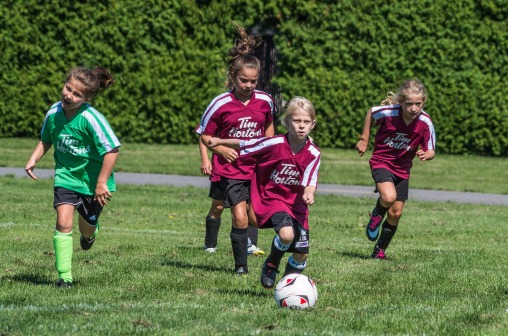 These types of men are so involved in feeling spiteful toward women. They hate femme-nazis for their extreme biases against men, but they too have extreme biases against all females. I call them mennazis. Our society is so focused on division and hating. We forget that at times, we can meet in the middle. I’m all for disagreements. I can respect you, but I don’t have to agree with your moral and ethical, religious, or political beliefs. But to say such an illogical statement, “it’s scientifically proven women suck at sports” (rolling my eyes so far back I can see my brain). Statements like these do not improve our society. It makes it worse. Men should respect women just as women should respect men. It’s called having manners. Also, an advice to men is, treat a woman as an individual and not a group of “spiteful bitter femme-nazis who hate men.”

If, as a male, you don’t like female athletes or sports, that’s fine! But can any man tell me that Kerri Strug is just “good for one thing” and for “cooking.” Women always have to fight against the waves. Men reign in sports because men like watching men, and women like watching men. Even I watch men’s sports. But I also watch and appreciate female sports, especially soccer athletes. No, women do not suck at sports. I hope to God you don’t tell your daughters that. While we don’t have to agree on the integration of men and women, I fervently disagree with those who disrespect female athletes or women in general. You don’t have to be a liberal to demand respect from men.

Thank you. Please leave your comments below. I’d love to hear them.

4 thoughts on “Battle of the Sexes: Men vs. Women Part II”