Hello, everyone. I have not written in a couple of weeks, and I want to share a kind of nightmare that happened to me at the end of 2017. I live in California, and apparently, flu season hit us early this season. The flu attacked many people that I either know personally or that I heard. Both my parents, sisters, and brother got ill [my sisters and brother are all adults]–several relatives, co-workers, church members, friends, and acquaintances got sick too. 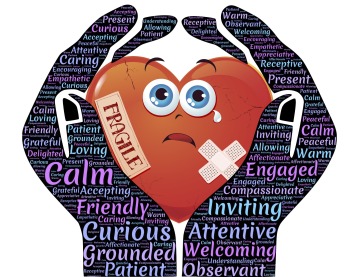 They all seem to have had the same symptoms, a “normal cold,” except on steroids. It was rather insane to me how many got incredibly ill. They had muscle ache, high fevers, congested chest, cough, sore throat, and most confessed that they felt death at their door. At first, I thought that it was a typical cold—just take medicine, rest, and in a few days, you should be fine. WRONG.

My family and the people closest to me were sick for about a month. My brother lost consciousness due to a sudden high fever, and we had to call 911 (the emergency/paramedics). My brother, a strong young adult, mentioned that he was fine earlier in the day and that he was finally getting better. By night time, the fever attacked him. I honestly thought I had lost my brother. It was a scary and confusing experience. I thought, “Death? Over a cold?”

I had never seen any flu or cold that was so strong in my entire life. It all started on Christmas Eve. Thank God, for some strange reason, I didn’t get ill. Since I was the only healthy one, I was out for weeks pretty much as the delivery person of medicine, food, fluids, and I was the 24-hour “nurse.” On the sort of positive side, everyone was out of work for a few weeks because of Christmas and New Years. So I was able to provide full-time help for all these helpless adults who could barely get out of bed. I stayed up many nights panicking that I might lose someone to the terrible cold. Even though I was terrified out of mind, I put on a strong face. It wouldn’t help if I said, “Oh no, you’re all going to die.”

In my hometown (the High Desert, California), my sister informed me that our hometown was attacked by this mutated flu (or cold). The paramedics who assisted my brother told us the hospitals were full of patients with the same symptoms and that going to the hospital was pointless due to an eight-hour wait. They also said the Highs Desert was out of ambulances. With disdain and unsympathetic facial expression, the paramedic stated that we had cars in the driveway and that we should drive to the hospital ourselves. For a moment, I felt terrible. I didn’t mean to. Things just happened so quickly.

The cynical paramedic didn’t directly tell us “You take him. We’re busy with more important cases,” but implied it. He then asked a brother, who was still dizzy and weak, to sign a release form that stated the paramedics were free of any type of responsibilities because my brother “chose to drive to the hospital himself.” The paramedic then said, “Thank you, you’re saving a life who needs the ambulance much more than you,” and then they left in a normal walk—not in any particular haste. At that moment, I was too concerned about my brother. But what they did was wrong.

We did go to an emergency walk-in clinic and once again, the nurse on the desk and the doctor behaved coldly. I had never witnessed such callous behavior and contempt from people who are supposed to help. They acted like robots. I thought, “Has the high desert gone mad, or is this how these people act in general everywhere?”

In California, due to the flu, we have had several deaths, maybe not in the hundreds or thousands, but people have died. I was shocked and scared for my family and friends. The paramedics acted like we were overreacting. Even the 911 emergency lady sounded unconcerned and careless. I thought I even heard her sigh out of frustration. She asked, “Well do you need an ambulance or not?” My mind was racing too much. I said, “he seems to be coming back.” I had no clue what to do or say. I felt stupid.

For New Year’s Eve, I turned off my cell phone. The last thing I wanted to read was a text message “Happy New Years.” Happy, what happy? Good for you pal. I know that must sound selfish. But this was the saddest and most stressful New Years I have ever had. And for the first time, I thought how thousands celebrate happily while others are not. I asked God to give me patience and strength to endure the horrible plague that hit my family’s life. I also prayed for their well-being and health.

To end on a positive note, everyone is much better. Believe or not, I think they are still experiencing minor symptoms of the flu. My sister read somewhere that since it’s a mutated cold (flu) that the flu shot would only fight back ten percent. So what’s going on in California or in the United States? I find it odd. At any rate, thank God, everyone is able to get back to work, school, and what not.